Just Say No To Smelly Towels! 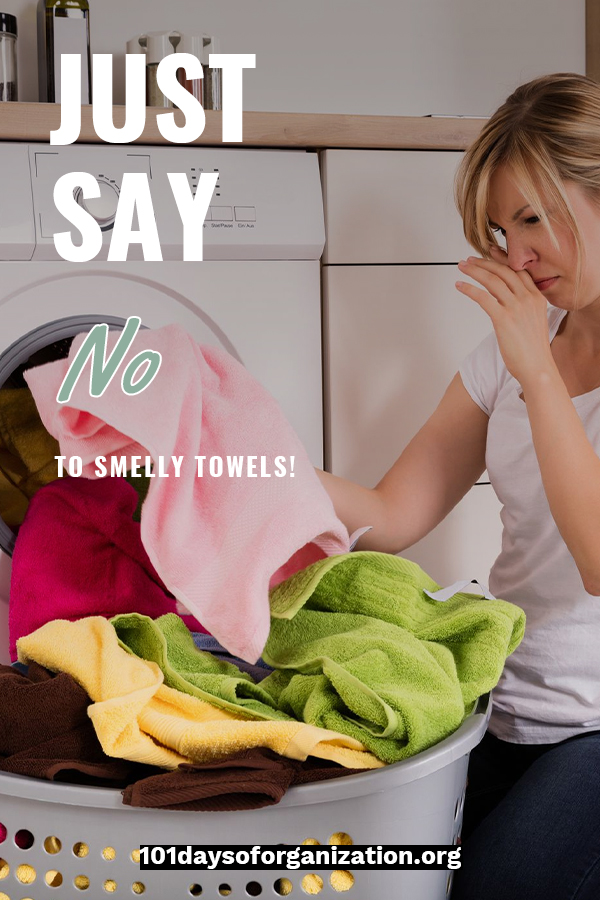 Have you ever pulled the laundry out of the dryer, only to realize you’ve got smelly towels? And just when they’re supposed to smell great. It’s the worst! How do you freshen up those smelly towels? Better yet, I’m going to show you how you can launder them and always pull fresh smelling, soft towels out of the dryer. 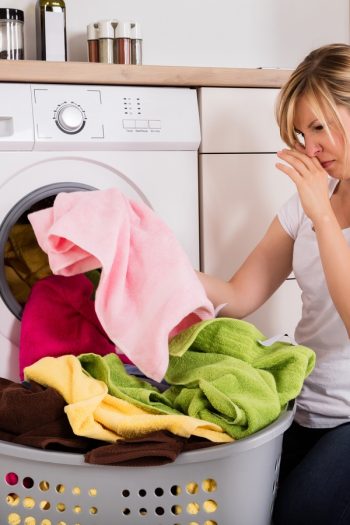 The first way to conquer that smell is to understand what causes it. It’s disheartening to think you’re cleaning your towels, only to find out they smell even worse than before. The culprit is build-up! Detergents and fabric softeners build up on the fibers of your towels over time. If you’ve got hard water, minerals build up too. The result is stiff, less-absorbent, musty-smelling towels. But there’s a simple way to say no to smelly towels!

How To Freshen Up Smelly Towels

You may already know about the merits of vinegar–and not just for your salad dressing. Vinegar contains a lot of acetic acid. Acetic acid is a naturally-occurring acid that easily breaks down mineral deposits and detergent build-up. Pair it up with power of baking soda, and you’ve got a dynamic duo that will freshen up your towels in one wash. Plus, they’ll be so much softer!

Start a regular wash cycle for your towels only. Add your normal detergent, or try this homemade version. Now add 1/2 cup of baking soda, and set the machine for a hot water wash. Once the machine fills and begins to agitate, pour in a full cup of white vinegar.

During the first rinse cycle, add another cup of vinegar to the rinse water. Allow the machine to perform a second rinse with water only. That’s it!

Keep Saying No To Smelly Towels

You can keep those softer, fresh-smelling towels by adding a cup of white vinegar to the wash load every time, or at least every other week. Stiff, smelly towels won’t be a problem again!

Organize With Tension Rods To Reduce Your Organizational Tension

Surprising Cream Of Tartar Uses: It’s Not Just For Baking! 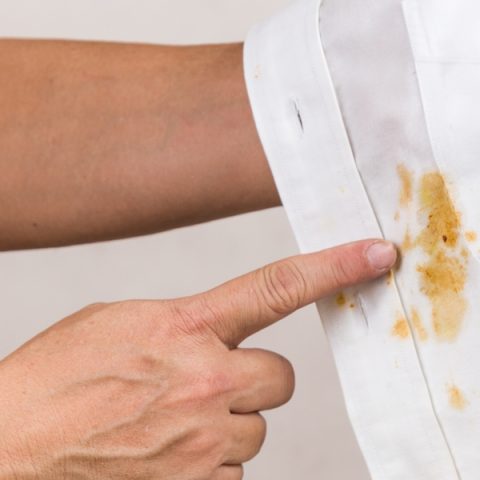 Gravy is one of the best parts of those delicious holiday dinners–until it stains your clothes, table linens or carpet.

10 Hacks That Will Make Doing Laundry a Breeze

How to Get the Softest Towels: Tried-and-True Tips

How to Get White Clothes BRIGHT White