These smell hacks will make your home smell fantastic! Do you ever walk into your home, or a room inside your home, and wonder “What is that nasty smell?!” If it’s never happened to you, then I congratulate you. But if it has, join the club! Let’s talk about nasty smells, and more specifically, how to get rid of them. You’ll know all you need to know after you read through the following 10 smell hacks for your entire home.

1. One of the most notoriously bad smells is the musty smell of mold and mildew. If it’s just the smell from a swamp cooler and not something more serious like a leaky pipe, you’re in luck. Here’s a hack just for that musty swamp cooler smell. First, get a dehumidifier to lower the moisture level of the air in the room, and that should help. Mix one part tea tree oil to one part rubbing alcohol and spray a little around the room to freshen it up.

2. Lay a couple of unused dryer sheets {used ones aren’t stiff enough} against the back of a fan. As the fan pulls air through the back and out through the room, the air also passes through the dryer sheets and distributes their scent into the space. 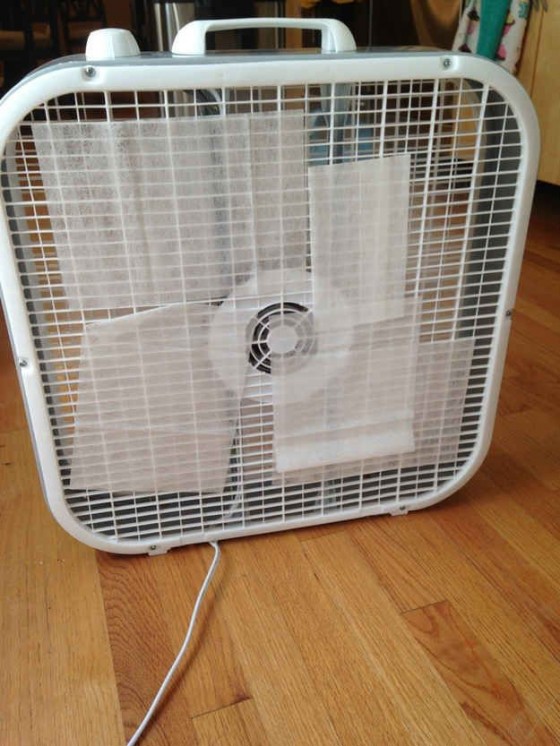 3. To get rid of the smell of cigarette smoke or a burning kitchen disaster, use white vinegar. Wet a rag in the vinegar, wring it out, and then walk slowly through the room while you swing the rag around. Yep, you may look a little bit crazy, but you’ll see that it actually works! 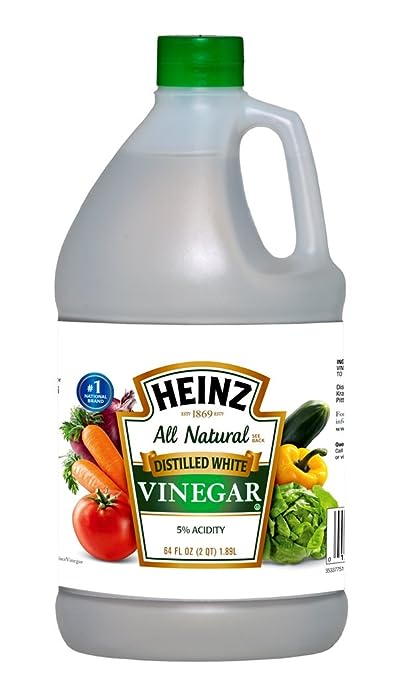 4. To get rid of a nasty smell in your microwave, you need the power of lemons. Cut up one lemon and squeeze the juice into a bowl. Drop the rinds in and add some water just to cover everything. Put the bowl in the microwave and run it on high power for about 4-5 minutes. After the time is up, don’t open the door for another 10 or 15 minutes. Then open it up and just wipe everything out–including the nasty odor! 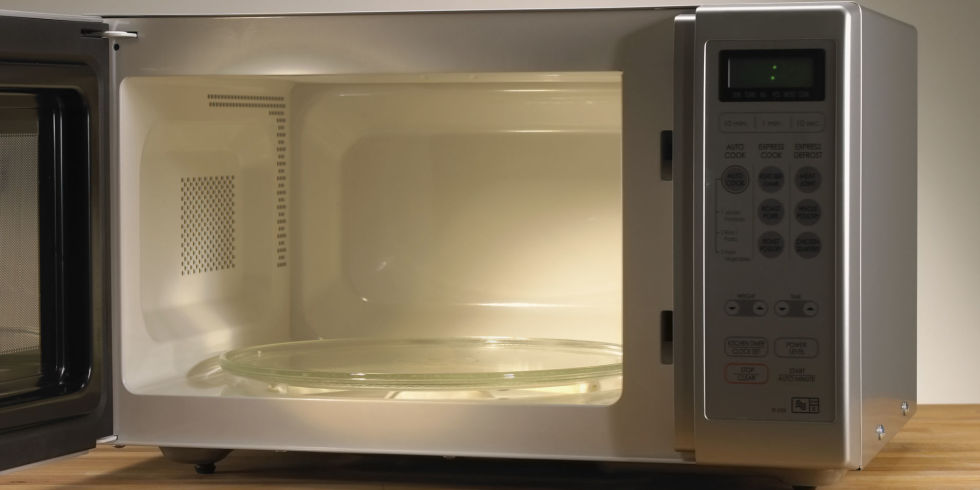 5. Chop up another lemon, place the pieces in an ice cube tray, and cover them with water. Once frozen, you can use these little wonders to freshen up your smelly garbage disposal. 6. Toss lemon peels, cloves and cinnamon sticks into a pan and cover with water. Simmer this mixture on the stove to cut cooking odors {like fish} and bring a great smell into your home. 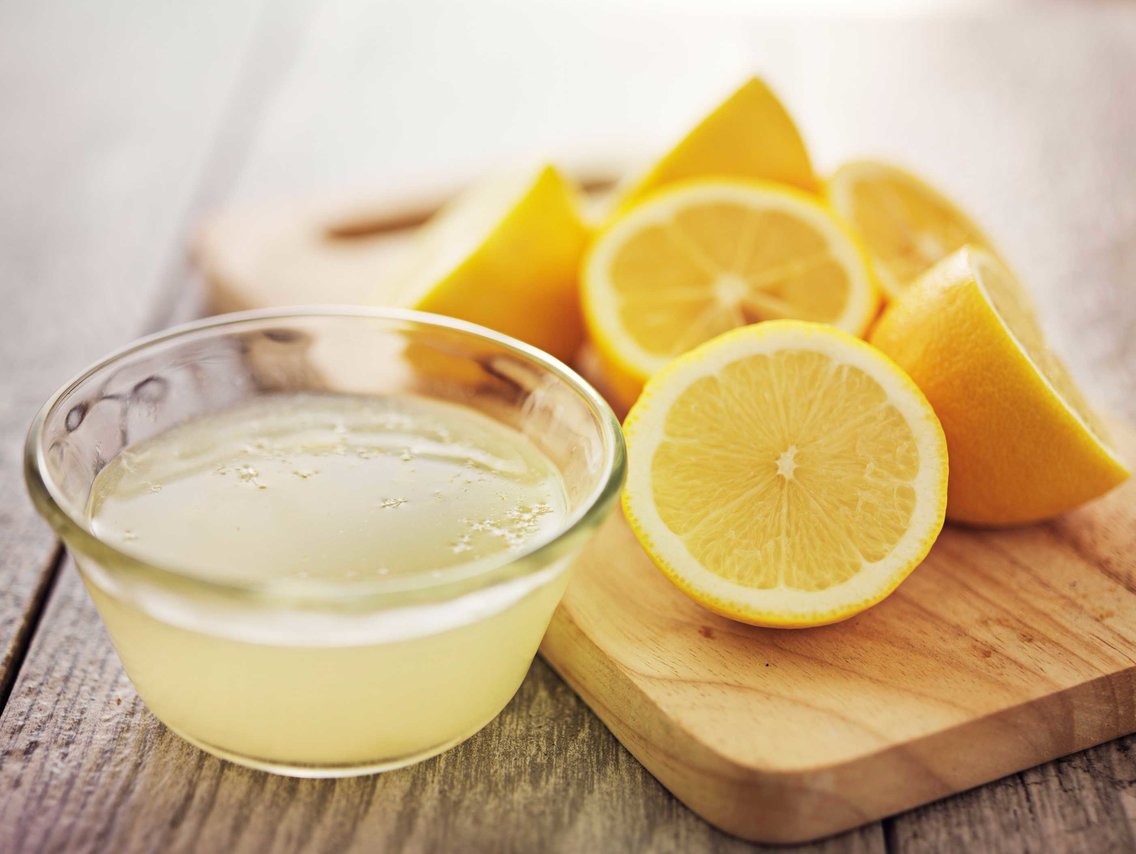 7. Before you hang a new toilet paper roll, put a couple of drops of essential oil inside the cardboard roll. It’ll help freshen up the bathroom for a solid week {if the toilet paper roll lasts that long!}. 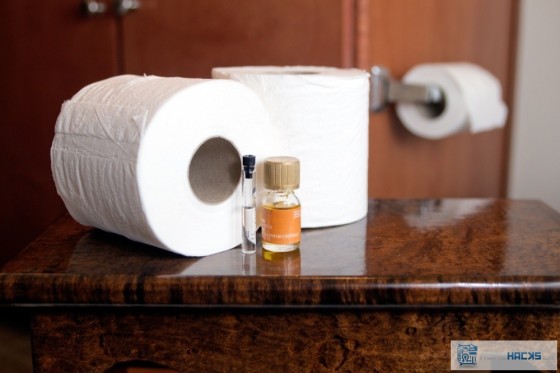 8. Open a packet of Kool-Aid lemonade mix, but don’t add water and drink it. Instead, sprinkle it in the bottom of your dishwasher. Now run a light cycle. When you open the dishwasher up again, it’ll smell like lemons. 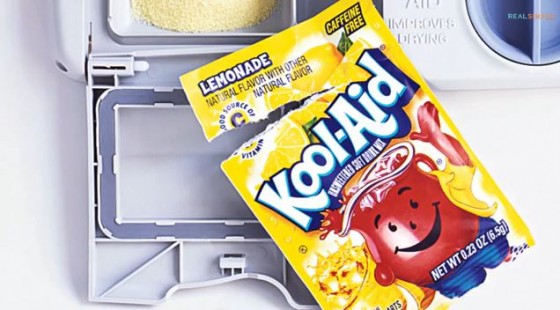 9. Use hydrogen peroxide on a clean cloth to wipe down the inside of your refrigerator and remove any lingering food odors.

10. Toss your leftover coffee grounds into the bottom of your new garbage bag. They’ll significantly cut down the amount of odors emitted from your trash can, and that leads to a better smelling home! 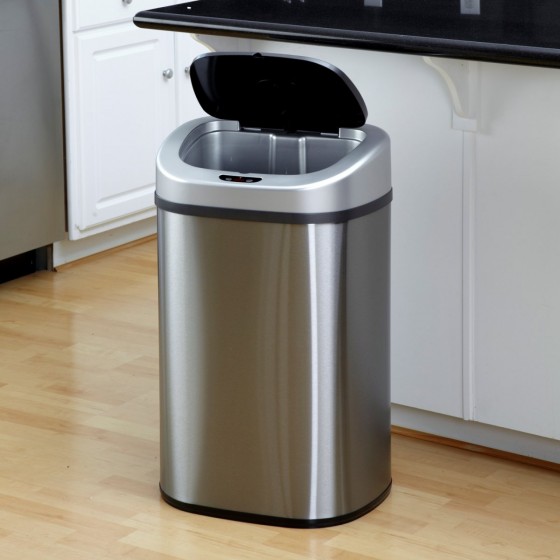 For more smell hacks for the home, check out the following sites:

Business Insider things you can do with a lemon